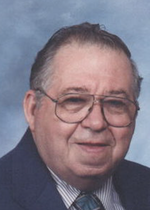 Ronald Frederick Lawrence, of Greenville, South Carolina, went to be with the Lord on Thursday, April 12, 2018 in his 89th year.

Ron was born in London, Ontario, Canada to Frederick and Florence (Sillet) Lawrence on January 16,1929. He went to school at Sir Adam Beck Collegiate in London, Ontario. He married Joy Wightman on May 24, 1950. He graduated class of 1964 from Moody Bible Institute. Ron was a former Electrical Designer at CRS Sirrine and a former Pastor at Broadway Christian Chapel, Open Door Bible Church in Hudson Michigan and Calvary Fellowship Church in SC.

He is preceded in death by his son Mark Lawrence and parents Frederick and Florence Lawrence.

He is survived by his wife Joy Lawrence; his four sons and daughters in law Timothy and Janie, Darlene (Wife to the late Mark Lawrence), Peter and Cathy, Andrew and Rosana; 11 Grandchildren and 17 great-grandchildren.