Click here to view all obituaries
Search Obituaries
Immediate Need
We are here to help you. If you have need of our services, please call us, day or night, at:
207-942-8815
To better prepare yourself, we have provided you with some helpful information regarding the immediate need process.
Contact Us
Home
Obituaries
Funeral Planning
Immediate Need
Plan Ahead
Funeral Merchandise
Price Lists - Documents
Cremation Services
What is Cremation?
Our Cremation Options
Caring Cremation
Why Choose Cremation
The Cremation Process
Alternative Cremation Options
Resource Center
Community Links
Helpful Guidance
Cremation
Legal Issues
Funeral Etiquette
Grief & Healing
Understanding Grief
The Healing Process
Our Firm
Virtual Tours
Our Difference
Our Services
Obituaries
Need Assistance?
Flowers

In Memory of
Joseph Lawrence Butera II
1961 - 2018
Click above to light a memorial candle. 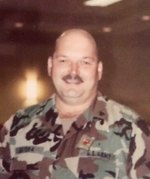 Joseph Lawrence Butera II, 56, of Newburgh passed away on Thursday, June 7, 2018 at his home surrounded by his loving family and friends after a long illness. He was born on November 1, 1961, in Bangor, the son of Joseph and Anna (DeRoche) Butera.

Joe was a graduate of Brewer High School and went on to serve in the Army National Guard’s 112th med co (air amb) having served for 22 years, and completed tours in Bosnia, Kuwait and Germany. He was Sergeant in his unit and along the way, earned many awards.

In addition to serving his country, Joe enjoyed hunting and fishing with his friends and family, loved his vehicles and he absolutely loved telling stories. Joe cherished his time with his loved ones most of all. His laugh and jokes could always put people in a better mood. To no surprise, he maintained his sense of humor till the very end. Joseph was a loving son, husband, uncle, cousin and brother. He was always there for others and willing to put others before himself.

Joseph was predeceased by his father who passed away in July 2000. Not a day went by where he didn’t miss him and think about him.

He is survived by his mother Anna, his devoted and loving wife of 27 years, Cindy (Tear) Butera; daughter, Jennifer Witmer and her husband, Ryan; three grandchildren, Alex, Alyssa and Ariel; his brother, Larry Butera and companion, Teresa Hallett; a sister, Diana Cote; a nephew, Reggie; nieces, Kayla and Danielle and her husband, Rob, as well as uncles, aunts and cousins.

The family would like to give a special thank you to Angie and Debbie of CHCS for the special care given to Joe in his times of need as well as John Legassie and Cathy Morris for always willing to lend a hand.

Joe will be missed by so many people who love him and will cherish him always.