Click here to view all obituaries
Search Obituaries
Immediate Need
We are here to help you. If you have need of our services, please call us, day or night, at:
209-982-1611
To better prepare yourself, we have provided you with some helpful information regarding the immediate need process.
Contact Us / Location 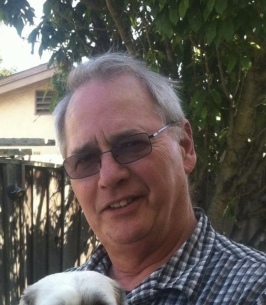 Jimmy L. Rezendes, age 74, passed away peacefully on Wednesday September 12, 2018 at a hospice facility in Stockton after a long battle with cancer. Survived by and was a loving father to Dwayne (Tricia) Rezendes and Darren Rezendes. Adored grandfather to five grandchildren, twins Alexis and Taylor (19), Lyndsey (16), Eric (12), and Cameron (11). Also survived by Jerry Rezendes (brother) and Laura Thomas (daughter) and cousins. Great friend to so many. Jim was born on March 18, 1944 in Texas to Vernon and Ottie (Stewart) Lee. Jim was one of 3 boys and grew up in Texas.
Jim went on to complete and graduate from high school. As a young man, Jim made the mature decision to join the military. He went on to join the United States Army. He served two years in the Army and during those two years in the Army, Jim proudly served in Vietnam. After an Honorable Discharge from the Army, Jim went on to graduate from college earning a bachelor’s degree in Human Resources. Jim married Dyanne Lewis in 1972, and together they had two boys, Dwayne and Darren. Jim and Dyanne enjoyed raising their sons together in Union City. In 2013, Jim moved to Stockton to be closer to both his sons and five grandchildren.
Jim worked for Transworld America (TWA) and later American Airlines (AA) for the better part of 44 years. He retired from the airlines and enjoyed staying busy, so he joined the team at Home Depot working in woodworking department. In Jim’s spare time, he enjoyed tinkering in his workshop making frames.
Jim was a hardworking, supportive man and enjoyed providing for his family. He had a positive attitude even in his very last days here on earth. He enjoyed listening to and collecting Elvis Presley memorabilia. He enjoyed playing computer games and playing the stock market.
Jim is preceded in death by his parents Vernon and Ottie Lee Rezendes, Joe Rezendes (son).

On behalf of the Rezendes Family, we wish to thank all those near and far who said a prayer for Jim and his family during this time. Jim’s wishes were to have a celebration of life in full military honors. We, the family, have respected and honored Jim’s wishes and he is now at his final resting place at the Sacramento Valley National Cemetery in Dixon, Ca.
RIP Dad, Grandfather, Father in Law, and Friend- You will be forever missed, and we will continue to make you proud every day.
Dwayne, Tricia, Darren and family

To send flowers to the family of Jimmy Lynn Rezendes, please visit our Heartfelt Sympathies Store.

Provide comfort for the family by sending flowers.

Connect with families at their time of loss. By subscribing to email updates, you will receive two daily updates containing all new stories, photos, candle lightings, condolences, and more.